VS. Games is a brand new esports platform by GameXCoin that will bring esports closer to everyone sitting at home. All games introduced in the platform are packed with excitement, fun, and lots of prizes. The developers realize that motivation plays a vital role in the popularity of any game, and hence introduced prizes that you can win inside the game.

The main idea is to keep the competition up and robust. The platform is fairly new; it was launched in February 2020. Currently VS. Games has three games, with more coming soon.

Three games available on the platform are;

Rich ten offers simple yet immersive gameplay and targets gamers of almost all ages. It is a simple game where you have to create combos out of the colored square boxes.

This game is very similar to Rich Ten; however, the UI is different and somewhat more immersive. In this game, you also have to create the same sequence of bomb-like circles.

The last one of the list is Ocean Shooter. This game is a classic shooting game, where you are actually playing underwater. 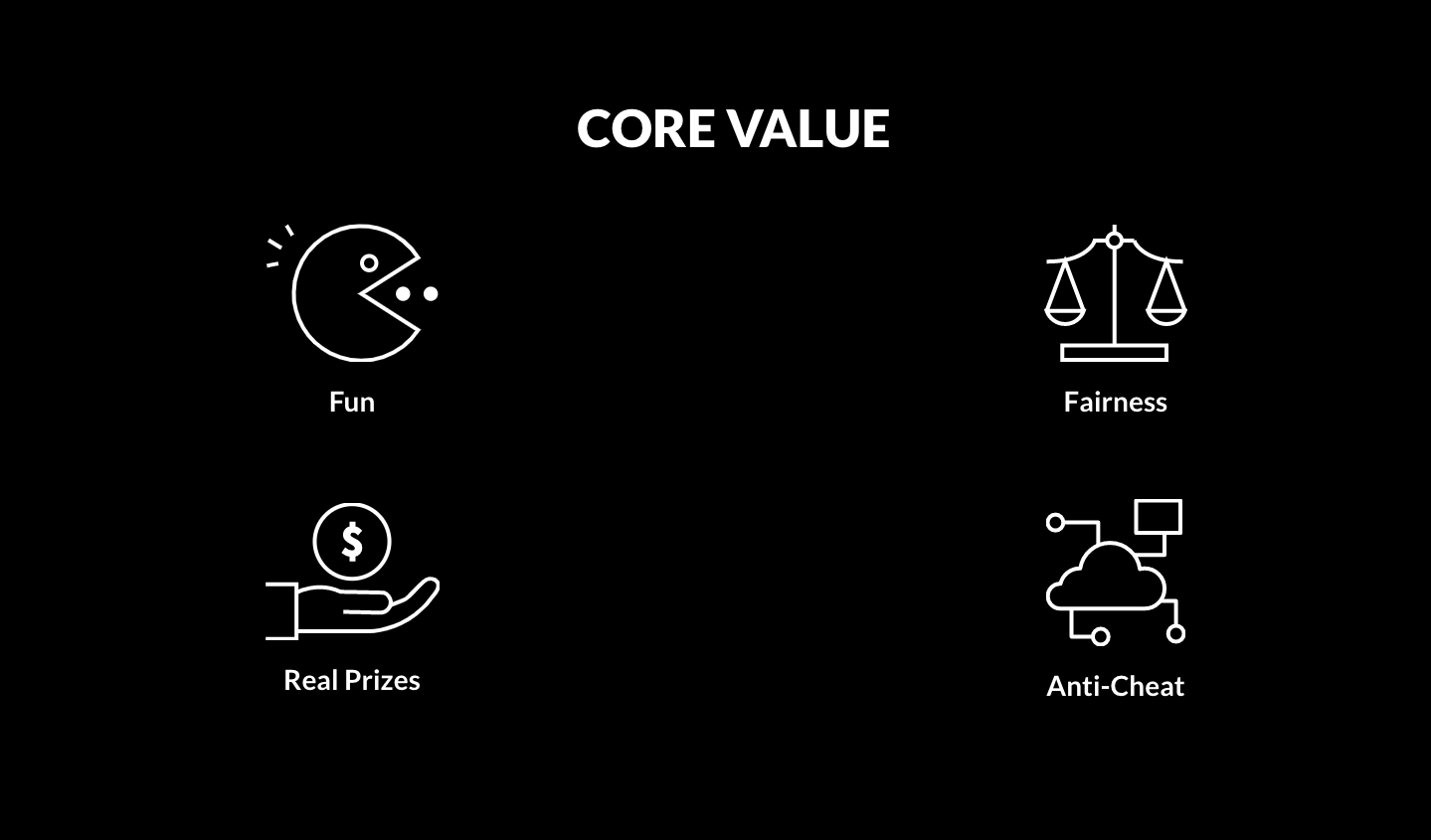 It true that VS.Games is not the only platform providing such games. The competition is tough out there. However, what sets it apart is the set of ‘core values’ the company is trying to promote. The following are the core values promoted by GameXCoin and every game on the game is backed by it.

No matter which game you play, it is bound to be fun. Of course, you are won’t like every game but that is natural. The game developers, while developing, have made sure that the experience they create is highly immersive. So, unlike other games, as you progress, and the game gets tougher, you won’t be losing interest.

Based on an innovative, artificial intelligence system, all games provide a fair environment. Players are matched based on skills level and this process is pretty good. This means that you don’t have to compete against players with extraordinary skills or players with low skills. You will be matched with the player matching your skills.

All games on the platform enable gamers to win real prizes. These prizes will depend on your progress and how well you perform at each stage. Again, this system of rewards is extremely fair and can’t be fooled by hackers.

All three games discussed above are simple to play but there is no room for cheating. Rules are the same for everyone and you can’t cheat your way out.

More About VS. Games

VS. Games is an innovative esports platform that offers engaging games. The platform is based on its uniquely designed fraud detecting and fair matching system. AI fuels the overall system, making sure that the gaming experience remains fair and engaging.

All games developed and offered by VS.Games are hard to master but pretty easy to play. This is the reason why they attract an audience from all age groups.

All games offered are competitive, and players are rewarded only based on their skills. To become a famous eSports player, all you need to have is a mobile phone, skills, and access to VS. Games.

After playing the three games for more than a week, we have come to the following conclusion.

All You Need To Know About GTA 5 Director Mode