MapleStory of Nexon brings shocking news to their players as an unexpected employee joined the company as the newest game developer: Jin of BTS. Will he bring new features and update in the upcoming version? Check out the latest news of MapleStory and BTS collab below.

On August 12, Nexon MapleStory posted shocking news with a video teaser of BTS Jin joining their company as the latest game developer.

Previously, the game community was in a frenzy when MapleStory posted BTS Jin’s resume on Twitter, claiming that he would join the company as the new game developer.

“Here’s a resume popping up that intimidated the MapleStory team.

He will be starting his first day on August 16. Please support! 💜

Moreover, BTS member Jin added to the surprise by posting his Nexon company employee card. In the caption, the BTS member wrote that he would be “joining a major company”. 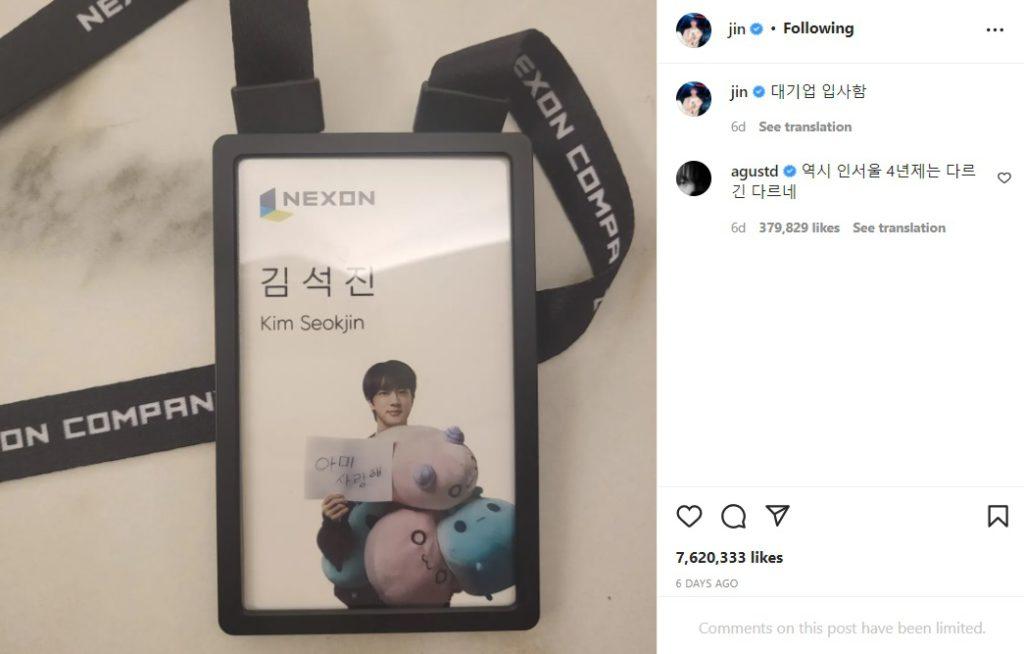 Due to the unprecedented news, people began imagining what kind of collab Nexon MapleStory will have with BTS Jin as their new game developer. Will the Kpop idol really change his career and channel his inner gamer into building a new event update for MapleStory?

Apparently, the news was to hit a fun collab between Nexon MapleStory and BTS Jin.

Finally, Nexon MapleStory answered the public’s curiosity with a brand new teaser for their new collab with BTS Jin.

Apparently, Nexon created a new web reality program titled “Office Warrior Jin” to promote MapleStory more in the global community. In the new collab, Jin will become the latest addition as a rookie game developer for Nexon MapleStory. Furthermore, Nexon will feature the Kpop idol to act as if he were to join the company and present many ideas for MapleStory.

Indeed, BTS Jin was well-known as a huge fan of MapleStory. The Kpop idol once claimed that Nexon was the company that had taken most of his fortune via MapleStory. But the question is: will BTS Jin be a good game developer as he is a gamer?

You can find out later when the program release on August 16. In the meantime, here’s the complete trailer for MapleStory and BTS Jin collab.

Stay with Koreagamedesk for more MapleStory news and updates.