Good news for all the gamers who are looking forward to starting their fitness routine! Train with nonother than the lol Faker. Yes, you heard it, right, league of legends Faker is now a Yogi. 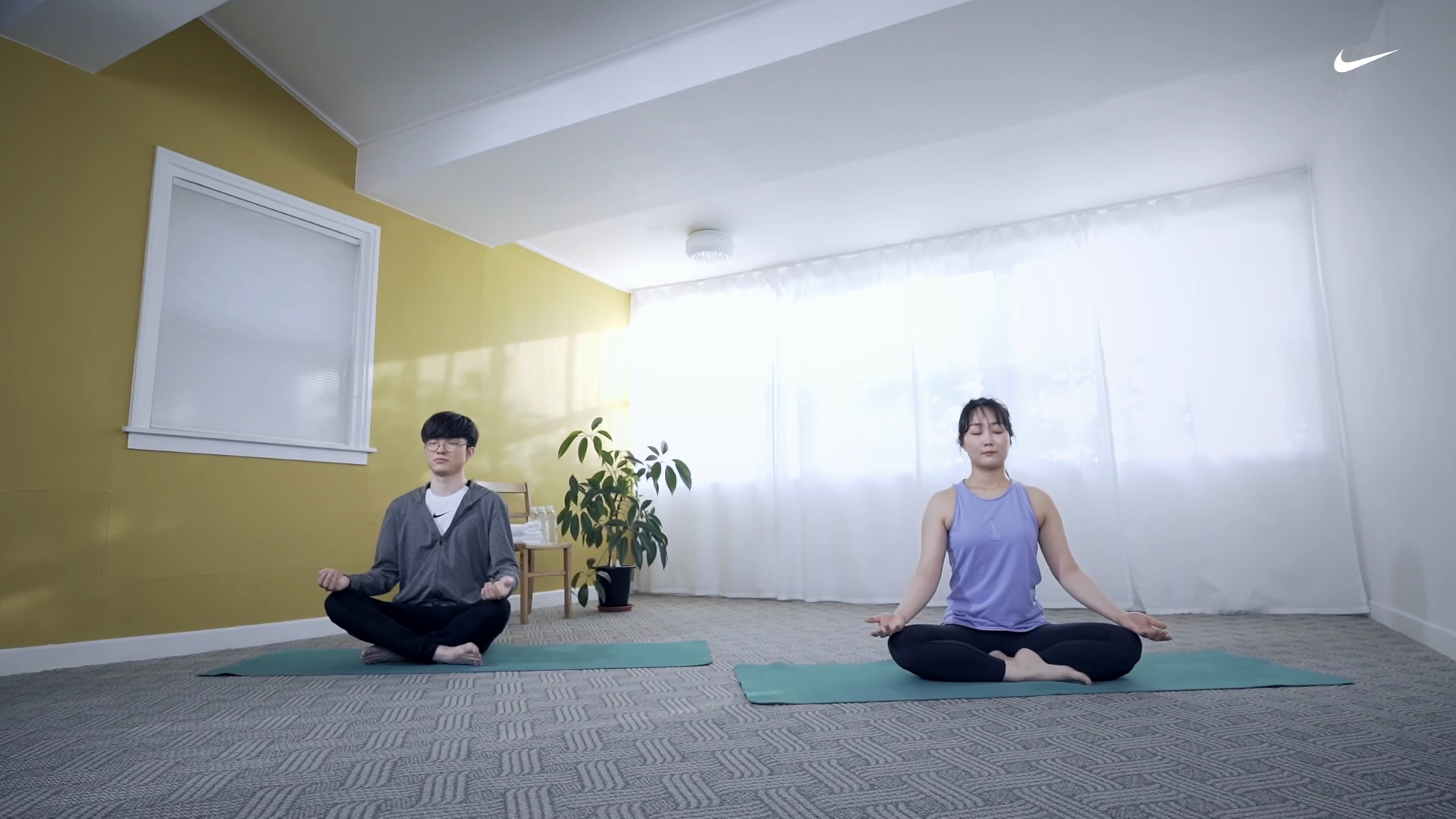 Lol Faker or T1 Lee Sang-hyeok thinks that robust mental health is essential to compete at high levels in esports. He further adds up that concentration can only be attained with a proper physical state of the body. Lastly, he says that everyone who spends time indoors should really check out the video to gain positive energy from it.

If you are a gamer who spends a lot of time preparing for competitions or playing games, this Nike x Lol Faker program is for you. Learn how much Faker is actually making in the e-sports industry.

The Yogi program is the first-ever official sports content that lol Faker did with Nike. Before it, Faker hasn’t taken part in any formal health-related program. This program aims to build awareness about the positive effects of exercising. The 30-minute long Yoga program is all about Faker demonstrating several yoga moves & breathing techniques.

League of Legends Faker encourages people who have a long sitting routine period. In the program, lol Faker is instructed by the Nike Training Club’s yoga trainer. In the video, the exercises are focusing on strengthening the shoulder, neck, and back muscles. Moreover, several other exercises in the video improve the physical ability like “cobra,” “down dog,” and more. All the exercises are for beginners so that any gamer can easily follow along.

There’s no better option out there than the league of legends Faker yogi program if you want to start your fitness routine. Gain your concentration level back by following the Nike x Faker Yogi program and unleash the beast inside you!

All About League of Legends New Champion, K’Sante: Teaser, Gameplay, and Release Date

South Korea: Know Why Koreans Are So Good At League of Legends

Netflix to Include Gaming Service In Their Video Streaming Library